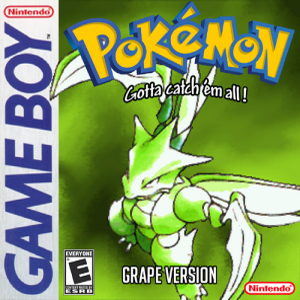 So… the following day you’re supposed to gain control of your Player Character, the Contender chosen by the Leadership of the Region of Kelgo, a sort-of famous teenager baseball player called Marquis but simply known as insert your favorite nickname here.
We don’t know anything about him… details about his past life, relationship, daily activities et cetera will come up at any time during the adventure, but one thing is certain: he’s not mute and he isn’t supposed to look like the generic Pokemon Characters you use to imperson.

Actually there’s also a psychopath teenager with suicidal tendencies called Paul, you can’t rename him at the start of the game simply because he and Pokemon Anime’s Paul are the same person, and he’s the other contender, he’s a Pokemon maniac and he doesn’t think twice in letting his weakest pokemon die slowly after being injured… this awesome person is supposed to be your rival.

Also, there’s an unknown Pokemon professor put at the last minute, for good measure, by the Pokemon League: Professor Iroquois Stanley Bek a.k.a. IS Bek, allegedly Samuel Oak’s cousin.
This weird-looking professor is supposed to give the contenders an extra task: complete the Pokedex in order to restore the lost Pokemon Database data simply by collecting every Pokemon specie during their quest.
This is a task that you can either ignore or accomplish, in any case this will decide your ending (aka Good Ending vs Bad Ending).

The winner takes all.
But, seriously, is this supposed to be yet another Pokemon Red hack with the SAME background stuff like Evil Teams, powerful legendaries, secrets, unlockables, rivals and fat guys that love technology?
Why there’s STILL Team Rocket behind this (this time without Giovanni)?
And who is “Kifflom” and its “Epsilon Program” and what it has to do with Team Rocket and all of this?
There’s really a secret underground passage under Megan City’s Museum?
Is this Hack ROM such good?
There are really OVER 240 Pokemon species??

(For Hack based on US ROM Version. Insert Master Code or Must Be On first.)
Sponsored Links
Remember to save all your progress before try any codes. They may harm your game.
Walk through Wall
010138CD